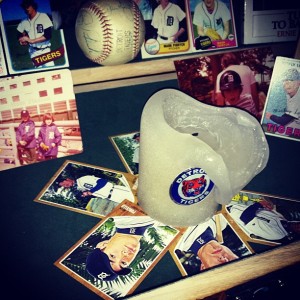 That’s it, the season’s over. The art of fiction is alive again. Invention has wrestled itself free from reality. And now the totally banal, the most obviously mundane, is all that is plausible. Imagination will be our only escape from crushing reality.

The Tigers lose. The Rangers win. The mojo is done.

It could not last. How could it? The Tigers were no San Francisco Giants 0f 2010, scraping by game after game over a long season, buoyed by an incredible pitching staff used to measly offense. No, the Tigers had big bats. They had the big arms. Neither proved effective. Or should I say, effective enough.

But I had a hell of a great time on this run. It is enough, in the wake of this defeat, to have beaten the New York Yankees in the Bronx. It was fun to get totally creamed by those bastards and then barely walk away with our lion’s share, as if we let them feast at a casino buffet for two games and then held a course in macrobiotics for three.

But that wasn’t going to last with the Rangers. Whoo, boy, those were some fucking bats. And the relievers? God damn if they didn’t make our guys look like, well, look like they’d handed me the clean-up spot. Our guys swung through pitches like they were thrown from a flashlight beam.

And Nelson Cruz? Damn if that guy didn’t seem to win three games all by himself.

Game six. God damn it to hell. Admittedly, I gave up scoring game six after that freakshow nine-run third inning. Don’t forget, it looked so good for a short time. Miguel Cabrera solo shot to right in the first. A Jhonny Peralta solo shot over the same fence in the second. 2-0 Tigers. Often that was enough.

Not this time. One out, then a walk, hit, double, hit, walk, walk, hit, fielder’s choice, hit, and another fielder’s choice and it’s 9-2. Not a single home run, but solid hits, solid baserunning, great swings that connected with some wicked pitches. When that inning ended I just put my pencil down and sighed. Drank a beer and went outside to sit by a fire with my neighbor. And that was just fine by me.

It didn’t help that Tim McCarver, who can just about the dumbest shit in the world, croaked, “you certainly can score a lot of runs in this ballpark.” Apparently, the dude thinks that the Texas air somehow aids walks and singles. No, Mr. McC, it’s the fences that generate runs in George W. Bush Park in Arlington (not Dallas), Texas, and none of those nine were homers. Fucking hell.

It couldn’t last. The Tigers couldn’t be the 1960 Pittsburgh Pirates for two series, having done the “lose your games by ten, win by one” thing in New York already. I was excited for Scherzer on Saturday, and then equally so for the return of Doug Fister on Sunday. But in game six, when that seemingly endless string of hits and walks put nine runs–did you hear me? nine!–on the board, that was it. I saw that Texas could score runs any old way. The Tigers couldn’t. They simply couldn’t win.

Detroit hit ten homers, but most of those were solo shots. Guys got on base and had to wait for a big hit–there were no steals, few sacrifices. In the first three games–all of which the Tigers could have won–they stranded 30 runners. 30! Had we put four of those guys across, we’d have swept. Since we had Miguel Cabrera and Victor Martinez, two men whose BA with runners in scoring position were among the best in the business, you’d think that wouldn’t have been so hard.

Injuries hit us hard, but I don’t think that was the difference. The Rangers were focused, they hit good pitchers, they ran, they hit home runs, struck out good batters, played great defense, and beat us. Soundly. 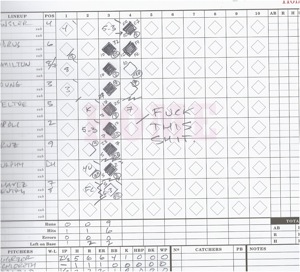 And that’s it. All the mojo, the good luck, the cogs and wheels of my imagination have slowed and come to a stop. Season’s over. If I’m honest, it’s probably a good thing: Detroit probably would have lost the World Series to those damn Cardinals. Again.

I still watch the World Series every year, no matter who’s playing. This year won’t be any different. But who to root for? It’s damn hard to decide. You might think it would make sense to jump on the Rangers bandwagon. Not so. I like Ron Washington, and I like a lot of their players.

What I don’t like is Texas. And yes, I don’t like thinking that that red, red state winning a title. I don’t want to see George W. Bush and Laura Bush and Nolan Ryan cheering and clapping and getting soaked in champagne. Nor do I want Governor Rick Perry to do the same. Baseball teams are as much about their geography as their players.

But, hell, I’m sick to death of mediocre Cardinals teams winning championships, too. This is a hot team, sure, but their starting pitching is mediocre at best (Kyle Lohse? Edwin Jackson?) The squirrel thing was cute for awhile, but I’m tired of seeing an average club get hot and bump off good clubs, like Philadelphia. Maybe I’m still bitter over 2006. No, I know I’m still bitter over 2006. because it was the same damn thing exactly.

Then again, the people of St. Louis are probably to be rewarded for being some of the sport’s most loyal fans. And if Pujols walks, then this is a great swan song.

The edge goes to the Cards. I just can’t get past our ex-president.