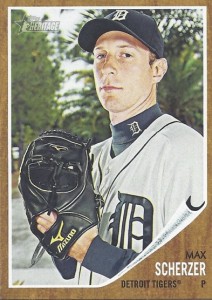 Let’s be honest here, shall we? Major League Baseball doesn’t give a flying handshake for the people who don’t have cable television.

If you have failed in this most American endeavor, as I have, then you’re screwed in the postseason. I don’t have TBS, and would prefer it if I could somehow avoid having to give Ted Turner any more of my money. TBS has all of the first round games.

Ah, but you have Roku, Schilling–Roku. And on that Roku menu is one for Major League Baseball’s Postseason. Look–there’s a widget right there!

So instead I listen to the game, and watch the very bizarre Postseason.Tv on the interweb–MLB’s online package that only sets you back $3.99. Which is a perfect price because it sucks.

See, you don’t get to watch the edited game you would normally see on TBS or Fox. No, you get a very specific camera angle only. For instance, if you choose Medium Center Field, you get a good shot of the pitcher from behind, and you’re facing the batter, catcher, umpire. Looks great! Until the ball’s put into play–in which case, you see the batter leave the box, leave the screen, and the pitcher and the catcher and the umpire all stare at what you cannot see.

You cannot switch camera angles quickly enough to see where that ball goes, either. It takes time, as Louis CK might note, for the signal to fly from my computer to outer space and back again. By then Derek Jeter’s ball has nestled snugly into Austin Jackson’s glove.

So you end up splitting the screen into four quadrants, each with a slightly different camera angle, and in this manner you realize how often cameramen are trying to focus throughout the contest–when the camera from above the first base dugout isn’t the focus of TBS’s interest, they’re shooting Brandon Inge’s feet, focusing in and out and in and out.

Now imagine, if you will, watching the game this way while listening to your favorite radio broadcasters it. Oh, did I mention that the iPhone feed is about, oh, a pitch or two behind the televised feed? So I get to see Miguel Cabrera swing, the ball shoot off his bat, the outfield camera not quite getting that it zipped into the stands, but one of them has Cabrera suddenly jogging around the bases, the pitcher looking totally defeated, all the while Dan Dickerson tells me that Cabrera steps in and waits.

Modern technology. Wow. And I’ve got that for the next two games.

That aside, what a God damn game! You can bark all you want about the New York Yankees, about their having more money than the U.S. Government, how they buy everyone including the Dalai Lama just for good mojo, and how they’re a lock to win, win, win. But there’s something that the Yankees have created, that fucking mystique, and it’s mystical shit that works. You just can’t get that with money. It’s something else, something that typically works.

Look: the Yankees, unlike some playoff teams, aren’t out until the game is over. That’s an old cliche, but I swear it works in the pinstripes. I’ve never quite seen a team like them in my years of watching baseball, a club that can be down to their last out and still kill you dead. God damn if the Tigers were held to a fine point that whole game. Forget that Scherzer threw 5.1 no hit innings–that’s great, except that in the first and the fifth it looked as though they’d score regardless of whether there was a number greater than zero in the hits column (don’t forget the Bombers had a run without a hit off Verlander in game one.)

The Tigers played big ball and small ball and pushed five runs across, taking nothing into account. Cabrera sliced a home run into right field in the first inning, one of those screaming home runs that doesn’t have a majestic arc but makes you think that if the outfielder got his glove up there’d be burned leather in the outfield, a cartoonish smoking hole where once there were fingers.

In the sixth inning, Derek Jeter made a throwing error, bouncing a ball to Mark Teixeira, and Austin Jackson was aboard. Mags Ordonez, who had three hits yesterday (this was his last, as he was pulled for a pinch runner Don Kelly), was on, and then the big boys–Cabrera and Victor Martinez–got a pair of hits into the outfield to push those guys across.

Good moves, especially Kelly for Ordonez, as O wouldn’t have scored probably on those two hits, as they were squibblers and Mags is a slow boat. Not to mention Kelly got a nice hit in the ninth to get Brandon Inge across in the last frame.

That’s all good–two mistakes (error on Jeter, Ayala hits Inge) and we get runs off both. But still, the Yankees are the Yankees, and where it should have been 5-0 as our late-inning closers come on, the game ended up 5-3.

But this is what I’m talking about. A lot of teams would have felt defeated, but the Yanks fought, and fought hard, and had me believing they’d take game two up to the very last moment.

Joaquin Benoit gave up a homer to Curtis Granderson, but recovered beautifully, striking out Cano and urging infield popups to Rodriguez and Teixeira. But then came Jose Valverde. Fucking hell.

The dude’s first pitch was sent into the stands by Nick Swisher, a shot that, according to Jim Price, would have been an out anywhere else, but especially the Tigers’ Harwell Park. Then Jorge Posada hits a triple. Posada hits a triple?!? Can that guy even run? Apparently so.

Russell Martin then walks, Andruw Jones hits a distant fly into right that scores Posada, and suddenly it’s a save situation kind of, except that baseball doesn’t allow closers to narrow the gap themselves in order to qualify for the save. And suddenly Jeter’s up, the guy who can kill you a half dozen ways.

Only he didn’t–he struck out. Former Tiger, and Gil Scott-Heron admirer Curtis Granderson stepped up and I was deep into the conniptions. I’d forgotten to pour myself a beer by this point, which I’d intended to do, and couldn’t now–had I drank some beer after being stone cold sober for 8.5 innings, we would have lost–that’s how luck works. So I sat, sober, my scorecard in the lucky spot on my lap, my poor cat tangled in her collar (we were outside on the patio), unable to be freed until the inning was over.

And in the moment when the rains were pouring down, and Granderson lofted an easy foul pop in front of the visitors dugout, it looked as if all was right in the world. Only Alex Avila slipped on the slick batting circle and… the inning continued.

Granderson walked. Cano, the Tiger killer from last night, stepped to the plate, water dripping off his visor, water dripping off Valverde’s fingers, and me thinking, in dry as a bone Minnesota, that Cano could pop up easily and Jackson could drop the ball and everyone could score–it was that kind of game.

You know what happened–it’s there in every box score. 4-3, Cano grounds out to second. But the box score avoids the pitch after pitch after pitch, Cano stepping out to grab a towel and wipe off his bat and helmet, Valverde forever messing with his socks, and me just about ready to throw up.

But it’s over, the Tigers won 5-3, the series is tied coming home to the Motor City and a game three between the aces–Justin Verlander v. C. C. Sabathia.

Things are good. A pennant run will make a believer out of you. Miguel Cabrera’s home run is proof of a nebulous god that you never believed before now. Getting through that tetchy half-inning makes you feel as if your mortgage is safe, your career solid, your life secure. Win the game and your marriage is joyous. The Tigers have made things right.