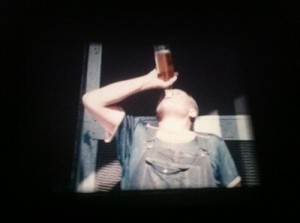 In a summer of endless clashes between spandex covered men and alien invaders, of comedies involving endless sex jokes and great buckets of shit, of children’s films in which the whiny echoes of spoiled brats reverberate off the walls of giant mansions, my favorite movies from this year come from the distant past.

In this past, the cameras were aimed squarely at the poor and downtrodden. No one flew. There was no CGI. Budgets were in the hundreds of dollars to low thousands, and the actors, well, they weren’t acting. And they certainly weren’t paid. The movies in question are Skid Row and On the Bowery. Witness five minutes of either, and you will see a vast expanse of human emotion: of love and affection, of hate and violence, of laughter and joy, of tears and tremendous, profound, profane, and seemingly endless despair. You can tell me to stare dumbstruck at the empty majesty of Avatar or Harry Potter, but for my money and time I will take this: life, rich and beautiful life, warts, scars, missing teeth, and all.

I had the great, once-in-a-lifetime privilege to project Skid Row and On the Bowery this weekend at the Trylon microcinema. It’s once-in-a-lifetime because Skid Row is rarely seen in this form: projected off of 16mm, its rich colors and delightful narration (by director and self-proclaimed “King of Skid Row” Johnny Bacich) usually drained of life on public television or YouTube.

At least that’s what I’m led to believe, as a number of nameless individuals scoffed at our showing, since Skid Row has apparently been shown on the local PBS station numerous times. I’ve never seen that version, content to rest on the memories of seeing the 16mm version a few years earlier at another rare-as-hen’s-teeth-screening.

To my surprise and delight, these grumps emerged from the Trylon stunned, totally stunned, and said it wasn’t the same at all, but better. Another volunteer echoed my feelings exactly. “God, I could watch Skid Row all day.”

But I digress: Skid Row is a color picture, shot by Mr. Bacich around the ‘skid row’ section of Minneapolis, specifically Washington and Nicollet Avenues, in the mid-1950s. If my information is correct, Bacich, known as Johnny Rex, owned a bar, the Sourdough, and a liquor store and a flophouse.

Bacich loved the bums who peopled his establishments. I’ve never met him, never read an interview with him, but on the basis of multiple viewings of Skid Row you are witness to a man who cares deeply about the people in his community. The movie is short, around thirty minutes, and consists of Johnny narrating, unrehearsed, to his beautiful shots of the men and women of Skid Row.

And it is a happy accident that Johnny Rex seemed to take to camerawork like Jack Cardiff. The shots are, simply put, incredible. Their composition, the vibrant color, and the often startling images of these troubled drunks strains credibility–it amazes me after six showings in three days that a guy can shoot some home movies over a few years that a perfect stranger such as myself would watch in a heartbeat over Citizen Kane. And if you know me you know that’s no small claim.

Bacich is also a humble storyteller of the finest vintage. That he manages to find some truly incredible characters is a testament to the storyteller’s greatest asset: his ability to listen and observe. For in Skid Row’s too brief thirty minutes, you meet some crazy characters.

Skid Row opens in the flophouse, dark and dreary, with cheap walls that certainly don’t keep sound out, walls that don’t even rise to the ceiling. To keep people from stealing, chicken-wire covers each room, which gives Johnny the muckraking urge to climb a wall and shoot down on a guy making a bed, on their collections of, well, junk and detritus, collected in a cheap cardboard case. Like Jacob Riis before him, but with the warm affection of a man who actually knows his subjects, Bacich takes us square into these guys’ bedrooms, and so close we can almost smell the alcohol hanging on their every breath.

But Johnny Rex was not content to stick a camera in the faces of Washington Avenue bums and let us crying liberals choke on our urges to make the world a better place. These are his friends, his colleagues, and in no time we become privvy to the fact that Bacich actually admires and respects all the denizens of Skid Row, and makes this movie into a party–in fact, one gets the feeling he might have had a blast showing the picture off at various times to everyone involved.

I’m having a difficult time remember names, but I can describe the moments: the two old boys, one of whom is named Emil, who delight in violently yanking on each other’s nose, rain or shine, summer or winter. One of the two has a terrible gash across his face, and you wonder how he survived the cut. These two guys loved each other and fought, physically, every day–in fact, there’s a shot with the pair locked in a nose-crunching grip in the snow, their coats billowing in the harsh winter wind, until the hat of one blows off with such panache and comic timing it’d make Buster Keaton proud.

You have the guy who had to climb and climb and climb the fire escapes to stand on the top of Bacich’s flophouse, just “for kicks”. The determined old fellow who, summer or winter, bolted from his flop in his boxer shorts for something… and I’m guessing it was a drink. (Though I wish I walked with such determinism.) The piano player, “like Liberace”, who came in from the farms to play piano and get crazy drunk for a month before crawling back to the grain.

Most of the boys on Skid Row worked the railroads, many of them fought, and they often look beat up and worn. At one point Bacich says most didn’t survive their forties. An older gent who attended the first screening (and who knows Bacich–God, the man is still alive!), claimed defiantly that Skid Row reflects the evils of capitalism, since the fat cats bragged that the bums of Minneapolis were the cheapest labor in the nation. That I met a guy who told me this at the screening speaks volumes as to who was attracted to this movie–passionate people, who love to talk, and who love life (there was a great conversation or two after every screening.)

There’s a lot of trouble, too, as you can imagine. There’s the guy who got in a fight on the sidewalk, sitting cross-legged on the curb, his face is absolutely drenched in his own blood, dejected, waiting for the police. When he looks at Johnny’s camera, you have the very real sense he’s looking right into your eyes, begging you to end his misery. The poor “Indian boy” who got beat to hell and then fell asleep on warm asphalt, his cuts now caked with tar. Or the dead body found on Nicollet Island, and they take it away, the cops do a totally half-assed investigation. As he tells the tale, Johnny pans his camera to the sky, and he tells us he’s making this shot in the hopes of showing us his soul, ascended to heaven. “That was Nicollet Island,” Johnny said, right after that shot, his voice breaking. And then, silence. Bam! Now he’s right back to another brilliant little story.

That’s Skid Row, whose closing narration, with Mr. Bacich thanking you not once, but twice, for watching his little movie, the perfect close to a perfect film. Perfect? Perfect like Welles, Bergman, the fucking king of pretense Terrence Malick, Spielberg, Coppola, fuck, you name a director, name one, perfect like them? Maybe not. And I love many–most–of those auteurs.

But as I projected, and listened to the talk afterwards, I knew I loved Skid Row more. More, because he loved his little world, made a little movie, and by God, it survived and I was given a gift in showing the thing. So now I love it like I love the perfect days in my life. Sometimes the movies are brilliant, sometimes they are accidental gifts. In a year that has fueled the fire of my deepest cynicism, made me wonder if the movies are dying, Skid Row is a welcome surprise.

Thank you, Johnny Bacich, wherever you are… 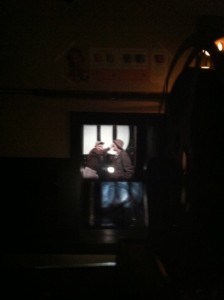 by Peter Schilling Jr. Posted on August 1, 2011
This entry was posted in Lost in the Temple: Movies and tagged On the Bowery, Skid Row, Trylon. Bookmark the permalink.