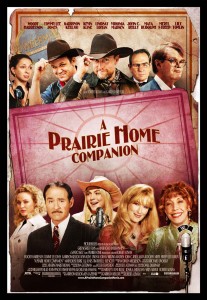 Though it now seems long ago, it’s only been a few weeks since a brace of bona fide Hollywood stars descended on downtown St. Paul. The city was abuzz with famous people and the regular folks who admire them, but nothing rivaled the enthusiasm of the international, domestic, and local press. Since this was, after all, the national premiere of a major motion picture, a full-scale, Hollywood-style press conference was set up inside the Saint Paul Hotel. There were dozens of lensmen, talking heads, beat reporters, stringers, and hacks in attendance. There were big-timers from organs like People magazine and the Associated Press.

Lori Barghini and Julia Cobbs, the “Drive Time Divas” from FM-107, immersed themselves in the press pool. Comporting themselves as unofficial ambassadors of the Twin Cities, they flitted around the ballroom, welcoming newcomers and sizing them up for gossip. There was a hunky, bed-headed guy from Le Journal de Montréal, and a sharp cross-dresser in a pinstripe suit and black beret—Daisy D, a personality from the Deco Drive show on a South Florida Fox TV affiliate, who was once scheduled to wrestle Tonya Harding.

While Julia chatted up Mr. Montreal, Lori offered an enthusiastic early report. “Over there,” she said, gesturing to a section of apparently special attendees who were not obligated to wear press badges, “that’s Mark Singer from The New Yorker. He was really reluctant to tell me who he was.” She pointed out a number of bewildered Canadians, some looking bored and others looking like they were ready for a drink. “Minnesota Daily,” she said, gesturing toward a shy, bespectacled redhead with a messenger bag, sent by the University’s student newspaper.

At last the stars sidled in, to much applause. “It was wonderful … enjoyed it … learned a lot,” said Lindsay Lohan of her experience working with so many esteemed and much-older actors. “ … fun … tremendous fun,” said Meryl Streep and Lily Tomlin. “… hard to keep a straight face … we were all having so much fun,” said Kevin Kline. “ … I don’t expect to have that much fun anytime soon,” said Garrison Keillor. That hint of merriment from the notoriously stoic host emboldened Diana Pierce. “What are you feeling today? You must have quite a lot of emotions right now!”

Keillor shrugged. A friendly cajoling ensued and the KARE-11 anchor pressed her advantage. “It’s a historic day for you—and for Minnesota.”

“Minnesota was admitted to the Union?” Keillor asked. Pierce tried a different tack. At least it was a “big” day, right? The stars, the red carpet, the horse-drawn carriages. “It’s a big day for the horses,” he allowed. Pierce was not backing down. But what about him? “Today is a big day in downtown St. Paul,” Keillor said with a gravity that indicated her time was up.

Bill Carlson, the elder statesman of WCCO, had the honor of asking the last question. In stentorian tones, he gave a preamble in which he mentioned “motion pictures” several times. Ultimately, he demanded to know, “Was this not one of the most enjoyable experiences you’ve ever had making motion pictures?” No one dared disagree.

Later that afternoon, Wabasha Street was lined with folks waiting to see the stars in their carriages. The crowds were thickest in front of the red carpet at the Fitzgerald. Children, old men and women, Mohawked punks, harried security, hustling PR attendants, and a gaggle of young girls carrying Lindsay Lohan DVDs and CDs.

One girl with a determined gaze, toting a bouquet of flowers and a letter, stood out in the crowd. She scoffed when a reporter asked if she was waiting for Lindsay Lohan. “I am Meryl Streep’s number-one fan,” announced Cara Pennington, who is fourteen. She has been pursuing Ms. Streep for five years—not in the stalking manner, but as a young girl who’s watched every last Streep vehicle, written letters, and daydreamed.

“I love her values. I’m trying to do well in school so I can go to Yale, just like Meryl,” she said. “I used to want to look like her, but then I read that Meryl wants us to love ourselves, and so I thought she’d want me to be myself.”

Suddenly there was a scream, and a dozen other girls chimed in—but it was just the marching band, not the movie stars, who did, however, arrive soon after. Eventually Meryl was spotted holding Cara’s bouquet, while a guy accompanying her held the letter.

Streep and Lily Tomlin were the last stars inside the Fitzgerald. The reporters followed, security muscled everyone else away, and the doors closed for good. The crowds evaporated quickly, but girls lingered to pose with their friends. One reposed on the red carpet and sighed. Out back, in the alley, a young man leaned against the stage doors of the Fitzgerald, listening for whatever whispers of fame were coming from within.

Written with Julie Caniglia, and originally published in The Rake magazine.

by Peter Schilling Jr. Posted on May 18, 2006
This entry was posted in A Raging Gallimaufry: Everything Else, Lost in the Temple: Movies and tagged A Prairie Home Companion. Bookmark the permalink.